A Bizarre1861 Japanese History Of The US
RiskyRob Show this Post 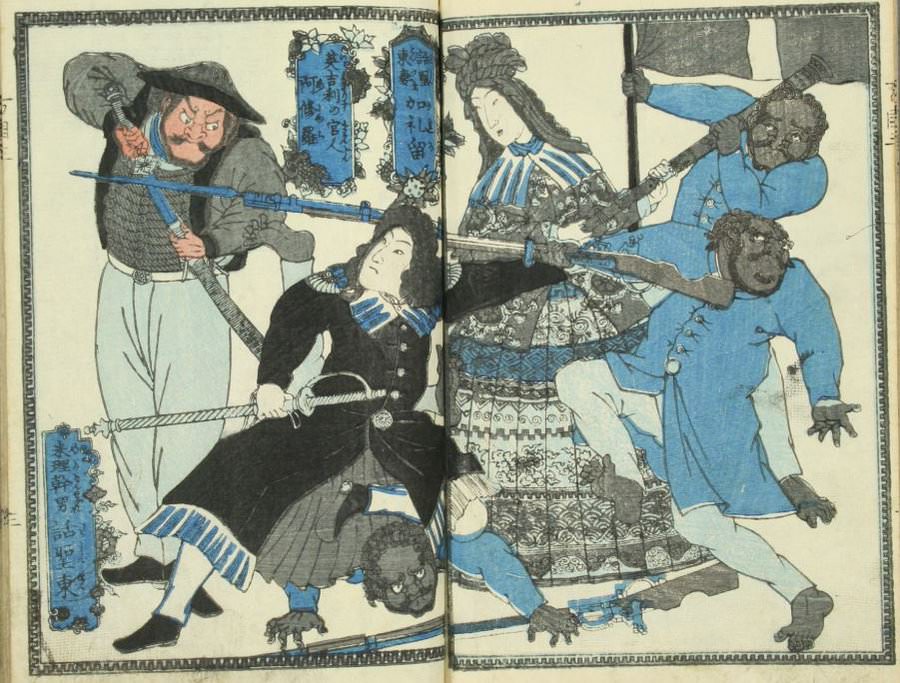 It's the American Revolution. Here is George Washington defending his wife "Carol" from a British official named "Asura" (same characters as the Buddhist deity). 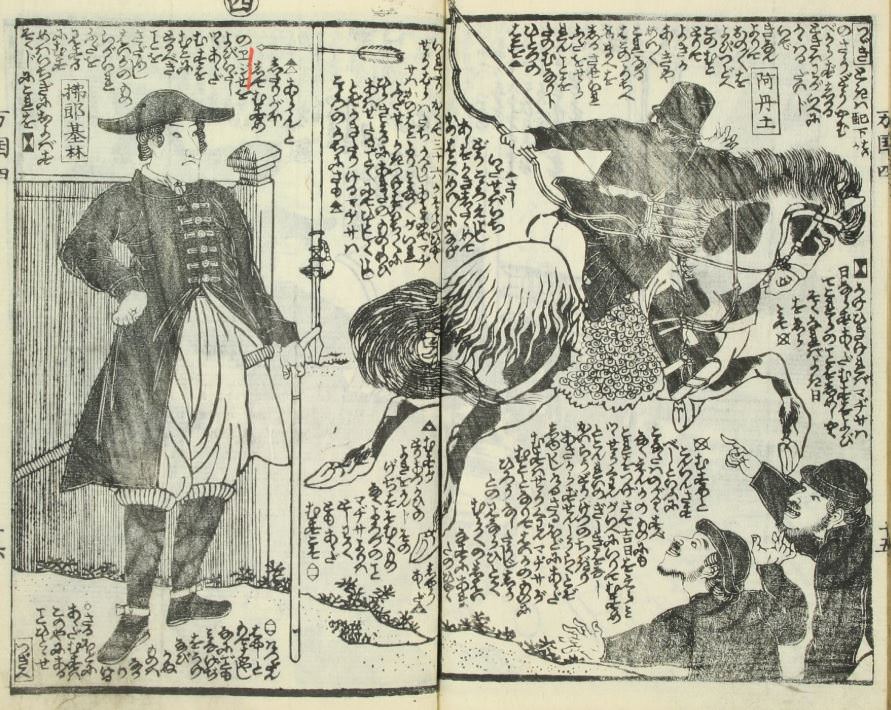 John Adams and Ben Franklin must have had a falling out, because John Adams fires an arrow at Ben and then rides away like a cowardly little bitch. Of course Ben Franklin is a total badass, so he just stands there and lets the arrow fly by without even flinching.


A thread of images from a Japanese illustrated history of America from 1861.

Here is George Washington (with bow and arrow) pictured alongside the Goddess of America. 1/ pic.twitter.com/LoF54y54bL

I think that Japan was isolated from the larger world, so this book was based on limited knowledge and conjecture. Sort of fake news circa 1861.
Reply Quote
Anonymous Kritter Show this Post 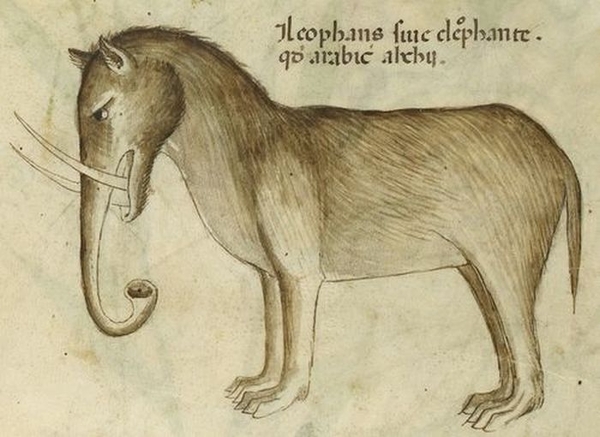