Posts:392 Threads:108 Joined:Jun 2013
Alien buffs spent hundreds of hours looking for evidence of alien life by scouring through pictures taken by the NASA Curiosity Rover then placed them online claiming to have unearthed a carving showing a UFO and a humanoid being in hieroglyphic-like etchings on a rock.

In a double whammy, ET chasers claim to have proved Mars once had a sentient alien population and that UFOs are real, in the same stroke.

Scott C Waring, editor of UFOsightingsdaily.com, could not contain his excitement and suggested the "writing was on the wall" for non-believers.

He posted: "History is being made here folks...this is something special. Posts:392 Threads:108 Joined:Jun 2013
Yeah true. Just a bunch of rag tag Aliens putting their tag on their territory. True that the impressions could be just depressions in rock. I see something unique how a claim like that could be made. I'm already convinced Aliens were on Mars for a long time. Were Aliens in the past on earth? Aliens are and have been everywhere in this solar system. I'm for hire here if they need a saucer washer guy.

Posts:41,552 Threads:1,590 Joined:Feb 2011
Maybe we're the aliens. Would make sense that humans would leave carvings and trash all over the place before leaving

Posts:392 Threads:108 Joined:Jun 2013
Not to take away from a valid point. Indians are Aliens transplanted. The 5 other earth races were different. Aliens Infused DNA into an ape base. I hope in my life time sitting down with an Alien and getting the total lowdown. Are there many other humanoid races in the universe besides the Annunaki?. We are a fresh face race. Kids in a sandbox.old Three maybe.

Posts:30,289 Threads:1,495 Joined:Feb 2011
Undeniably, Mars has some interesting and unexplained features. I'm not much of a "rocktard" so to speak, and I believe a lot of what people claim to see can be chalked up to pareidolia (aka matrixing) which random visual patterns, are perceived as something else.
At any rate, this one is quite interesting when put in context with the various "pyramid" photos I've seen with perfect right angles. (11-23-2015, 01:43 PM)JayRodney Wrote:  Undeniably, Mars has some interesting and unexplained features. I'm not much of a "rocktard" so to speak, and I believe a lot of what people claim to see can be chalked up to pareidolia (aka matrixing) which random visual patterns, are perceived as something else.
At any rate, this one is quite interesting when put in context with the various "pyramid" photos I've seen with perfect right angles.

Beat me to the pareidolia comment.
What politics from both sides wants to teach us is that things are never complex. If you have your little package and something doesn't fit into that package, You don't know what to make of it so you want to dismiss it or then you will have to do the work of reconsidering your assumptions. - Michael Malice
Reply Quote
JayRodney Show this Post

That is true, can't argue.

Would lesser gravity change the equation..?

Why the heck doesn't NASA/ESA etc ever go take a look at the
sites that, y'know, piques the interest of human beings???

Of bloody course I'd send the exploring tech to Chydonia and
all that. Seems like just about everyone would - except the
professionals. Strange.
Reply Quote
Free Store Show this Post 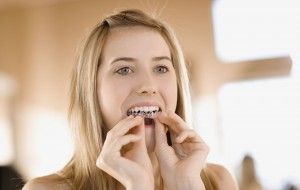 Posts:392 Threads:108 Joined:Jun 2013
I thought the crystals idea was a real good explanation. Stoner. I can't vouch for it. myself. Yup an Alien quote.

There are remnants of an ancient civilization on Mars that at one time also colonized Earth. Those who pursue this matter academically are not off track, recognizing the similarities between these structures and those of ancient Egypt. It is not in the imagination of man that some of the structures on Earth, such as the Giant Pyramids and the Sphinx, seem reminiscent of structures on Mars. Same group, same handiwork. They liked to leave a statement, and have. There is speculation that the Face on Mars and nearby pyramids were used as astronomical markers, and this was indeed their prime purpose. They wanted an unmistakable marker which could be seen on approach, as the surface of Mars has few distinguishing characteristics.

It is a coincidence that both Mars and Ceres have a pyramid? The pyramid on Mars is clearly Annunaki handiwork, not a natural formation. The Annunaki were preferential to pyramids for their stability, as can be seen from the many pyramids scattered throughout the Earth. They have a firm footing. That this image was released by NASA is part of the continuing gradual disclosure of the alien presence. What of the pyramid on Ceres? This also is not a natural formation but it is also not Annunaki. The alien space ports on Ceres are located where there are depressions, so that trash and what might be called space wind do not strike them.

But for communications a higher point works best, and that is what this mound is for. It is a communication tower, of sorts. Transmissions can be sent from one Ceres port to another, or be easily caught if sent from outer space. As with the Rosetta comet port, located due to its use of radio signals, these communications may seem primitive for advanced alien technology, but Ceres and Rosetta ports are both serving aliens in the Service-to-Self, and their technology simply does not equal the technology of those in the Service-to-Other.

Posts:392 Threads:108 Joined:Jun 2013
Distance from Earth, 1999
The 12th Planet is circling on a long [sling] orbit around the sun and its dead companion which lies at a distance some 18.724 times the length from the sun to Pluto. At the turn of the millennium the 12th Planet [was] still close to the mid-point between the two foci, as astonishing as this may seem.

It spends the vast majority of its time in an essential dither these two massive suns, picking up speed as it approaches, inbound, then zooming through, turning around after coming to a standstill after having overshot the solar system, then shooting through again and returning to the essential dither point between it's two foci.

What makes it move and progress from one sun to the next? The fact that there is a slight momentum

Zacharia Sitchin and all that.

But isn't it all still mere speculation?
Reply Quote