Breaking>>Truck runs into crowd in Stockholm
Octo Show this Post

Those right wing racist native Swedes strike again. Probably plowed into a crowd of innocent Muslims. May the prophet PBUH have mercy on their lilly white asses.
Reply Quote
Octo Show this Post

- At 14:53 the police received a call via the emergency number saying that people had been injured by others on the Drottninggatan street near Klarabergsgatan. They have since confirmed that the vehicle is a truck and that there are people injured, but have not released details on the extent of injuries and number of people injured.

- Police also said there are reports of shots being fired in the proximity of the Åhlens city department store but that those reports have not been confirmed.

- Swedish brewery company Spendrups, which owns the truck, said it had been hijacked earlier in the day.

"During a delivery to the restaurant Caliente someone jumped into the driver's cabin and drove off with the car while the driver unloads," communications director Mårten Lyth told the TT news agency.

Srsly, what do they expect?

Not until they solve this problem their so called "leaders" created.

(04-07-2017, 05:07 PM)Anonymous Kritter Wrote:  Those right wing racist native Swedes strike again. Probably plowed into a crowd of innocent Muslims. May the prophet PBUH have mercy on their lilly white asses. 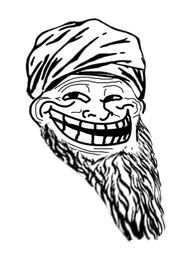 The Swedes allowed this to happen and were too cowardly of being called racist or non PC to speak out against what is quite possibly the worst government on the planet.

Posts:89 Threads:1 Joined:Jan 2017
Some of my relatives live around there and one had seen people fleeing in panic and after that got stuck in some closed off "secure area" with his kids.
It's really not that surprising, lots of swedes are saying this was expected, the police even said they were prepared by doing drills dealing with this kind of scenario lately.
I haven't seen anything said about any kind of preventive measures having been taken though...
I wonder how long until a Helsinki attack, I mean, it's probably going to happen soon keeping in mind that the London, St.Petersburg and Stockholm attacks happened in such rapid succession.
i kinda like it here on the innernen
Reply Quote
Octo Show this Post

Posts:41,673 Threads:1,596 Joined:Feb 2011
Yeah maybe so. I saw the local paper had interviewed my cousin who lives in Stockholm and was in town when it happened.

I heard they upped the security in both Finland and Norway.
Reply Quote
US nli Show this Post

There is now an additional meaning for traffic stop.