Did you notice what wasn't said about Ruth Bader Ginsburg's tumors?
Me? Show this Post

The actual medical reports didn't say it was lung cancer. They just said it was two tumors. many in the media called the cancer lung cancer surgery, which merely tells us where the surgery was focused.

Since Ginsburg doesn't smoke, it's likely that the nodules were metastatic cancer probably from either her colon cancer or her pancreatic cancer. Surgery itself can easily trigger and greatly activate hidden nodules that were too small to locate with CT scans.

Unless she is following a powerful natural regimen to counteract the huge metabolic effects of surgery, I suspect she will be back in the hospital within three months and down for the count.
Reply Quote
Octo Show this Post

Posts:41,538 Threads:1,589 Joined:Feb 2011
I did notice and I agree on the schedule, however it's not uncommon to get lung cancer despite never smoking.

Maybe Ruthie will go back to whatever natural remedy she used before because she has beat great odds twice already. This time it will be more of a challenge, however, because the trauma of broken ribs is actually a trigger for accelerating cancer because the body goes into a healing metabolism with rapid growth. The healing cells are actually cancer cells. Rapid growth is their specialty. So when the body goes into a major healing and the person already has a tendency to get cancer, their hidden disease can go wild.

It's possible that the fall itself is what made the tumors show up because the process can be very fast.
Reply Quote
Octo Show this Post

She is 85, most of us will no make it to that age. Think about that though. USA longevity is dropping rapidly. Average will probably be 75 soon.
Reply Quote
Ernie Kovacs Show this Post 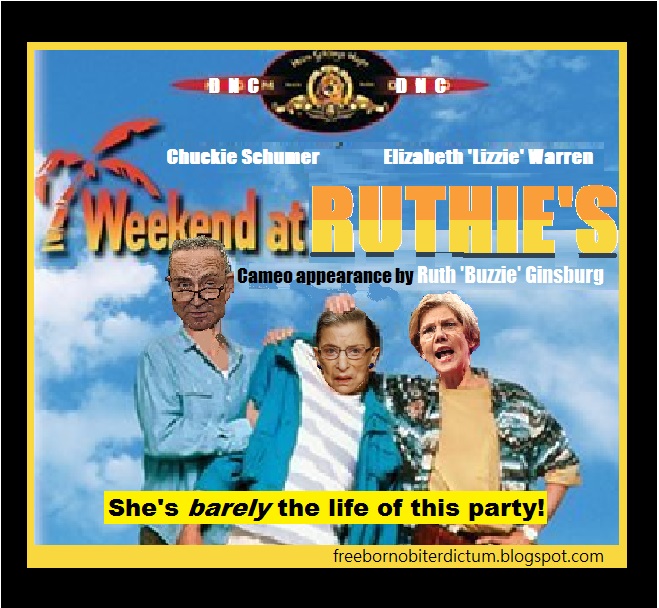 Rumor has it she had an entire lung removed.
Reply Quote
Me? Show this Post

It was reported that she had one of her five lobes removed - the one on the lower left, the smallest of the five. But surgery turns on unseen tumors. Since there were two visible tumors, it's almost guaranteed that there were unseen babies when they scanned her.
Reply Quote
Imposter Show this Post

Ruth is apparently having a spot of indigestion today and won't be able to make it to work.
Reply Quote
RiskyRob Show this Post

She is 85, most of us will no make it to that age.  Think about that though.  USA longevity is dropping rapidly.  Average will probably be 75 soon.

Those of us that take care of ourselves should make it to 85. I think substance abuse is dropping average life expectancies
Reply Quote
Me? Show this Post

RBG couldn't make it to work today to take her daily nap because she was up late last night. That was her filling in Nancy Pelosi. Or maybe it was Chuckie Schumer that she filled in for. Same difference.
Reply Quote