Quote: Elvis Presley is one of the most celebrated musicians of the 20th century. Commercially successful in many genres, including pop, blues and gospel, he is the best selling solo artist in the history of recorded music, with estimated album sales of around 600 million units worldwide.

"Elvis Presley is the greatest cultural force in the twentieth century", said composer and conductor Leonard Bernstein. "He introduced the beat to everything and he changed everything music, language, clothes. It's a whole new social revolution the sixties came from it."

Bob Dylan described the sensation of first hearing Elvis Presley as "like busting out of jail".


Like wow what a unique talent from a lost age thats gone forever...

So handsome with such an addictive style and a wonderful singing voice... Posts:10,078 Threads:719 Joined:Oct 2012
Elvis Presley is like the only world famous super rock and roll star from the United States who never toured outside of North America and its too bad and he only performed a couple of concerts in Canada early on and thats it no more...

Quote: Supposedly it was due to his manager, Colonel Parker. He wasn't even a real colonel.

He lied about his past. He was not an American but a Dutch immigrant who did not have legal residency in the US.

Having to travel abroad meant having to come back & clear US immigration & get caught & arrested & deported.

They loved Elvis in the United Kingdom. He should've went there to tour.


Quote: Basically what John said above. The Colonel held him back. Elvis did fire the Colonel in September 1973 but the Colonel demanded a huge payout which Elvis couldn't afford, so his father advised him to go back on his decision.

If Elvis had hired a new manager he would have toured worldwide. Elvis was in high demand all around the world. One concert promoter from Australia in 1974 offered the Colonel 1 million dollars for 3 three shows in Australia but the Colonel turned it down. Many offers like this were offered but were all turned down for one reason or another.

Elvis's biggest fan club was actually in the U.K and not in the U.S, if he had toured there he would have been a massive success.

Interestingly Elvis's jumpsuit designer Bill Belew said a tour of Europe was in the works at the time of his death and he was creating a special laser jumpsuit for the tour. I think Elvis had reservations about touring overseas because his health and concerts had deteriorated and I feel that he tought the critics overseas would be more harsher on him than in America.

LOL Well they certainly could be Bruce Wayne's shoes for 80,000 pounds. That song always makes me dance.
Reply Quote
Octo Show this Post 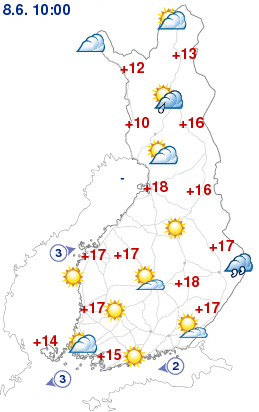 Quote:Interestingly Elvis's jumpsuit designer Bill Belew said a tour of Europe was in the works at the time of his death and he was creating a special laser jumpsuit for the tour. I think Elvis had reservations about touring overseas because his health and concerts had deteriorated and I feel that he tought the critics overseas would be more harsher on him than in America.


Do you believe that would have been true Beyond? Did/do Europeans have a fixed attitude towards American singers/bands?

Horray for you Octo, we have rain and thunderstorms here today.
Reply Quote
Ruby Wolf Show this Post

But then the damn American Army soon intervened (surely no friggin accident) and drafted him while more or less intentionally neutering his rock and roll rebel style...

As Hollywood turned him into a successful movie star as none of his over 30 movies lost any money...

But in 1968 Elvis Presley the Rock and Roll star was reborn and thus reinvigorated his concert touring that was continuous and extensive from 1970 thru till his tragic death in 1977 all over America but nowhere else and thats too bad...

Posts:41,541 Threads:1,589 Joined:Feb 2011
US, I think Elvis is as loved and appreciated in Europe as elsewhere.
Reply Quote
Ruby Wolf Show this Post

His biggest fan club was not in America but in England a country that Colonel (illegal immigrant) Tom Parker never allowed him to perform within where he would have easily predated and equaled the massive success and popularity of The Beatles several years before they arrived upon the music scene as can be seen and heard so obviously here by these screaming rabid hyperactively undulating hormone enraptured young females... 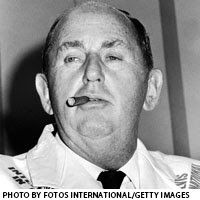 Quote: Rumors that Elvis Presley would play overseas for the first time were fueled in 1974 by a million dollar bid for an Australian tour. Parker was uncharacteristically reluctant, prompting those close to Presley to speculate about the manager's past and the reasons for his apparent unwillingness to apply for a passport.

Later in 1975, Saudi Arabia offered Parker $5 million for Presley to perform there. Parker turned the offer down, and Presley was overjoyed when they replied with an offer of $10 million. Yet, despite Presley's eagerness to do the shows, Parker again turned them down.

Promoters in South America also made offers, as much as $2.5 million, again turned down by Parker; "Well, whenever I need $2.5 million I'll call you" he said to them.

Presley was beginning to consider new management, with Concerts West co-founder Tom Hulett being the clear favorite for the job. Hulett's company had managed tours for Presley, and he had worked with artists such as Led Zeppelin.

Posts:10,078 Threads:719 Joined:Oct 2012
What the hades happened to all the videos that i took an hour or so to find and select and arrange and post above? they're not even playing anymore?! I see and read a "an error occurred" which I never saw before and yet when I go to those same videos on youtube they play just fine!
Reply Quote
Octo Show this Post

Posts:41,541 Threads:1,589 Joined:Feb 2011
I have been getting those youtube errors lately as well, not just here. It usually works fine after a refresh, but when there are many videos to load it is a little tedious.

I don't know what causes that