Celebrated around here since waaaay before anyone even
heard of Hvite Krist or the Hebrews.

WTF is there to celebrate more obvious than spring..?

No foreign crap nor "gods" needed.
But good will towards all mankind

Time for memma and trulli. 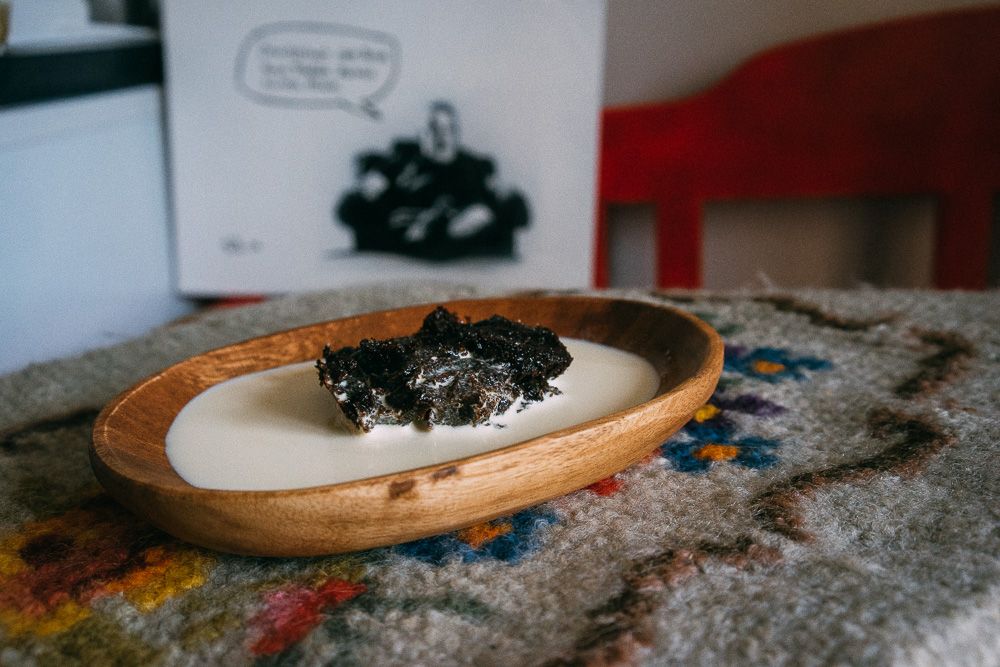 All these celebrations go back to pagan roots.
Spring was certainly celebrated before Abraham served God a non kosher meal.

All these celebrations go back to pagan roots.
Spring was certainly celebrated before Abraham served God a non kosher meal.

What in the hell is that? It look like a plate of shit.
Reply Quote
JayRodney Show this Post

Can it Predict Lottery Numbers ?

That's easy, up here we all eat poop.

Quote:Mämmi is a sludgy-looking dark brown pudding made of malt and rye flour.

Mämmi was traditionally served in birch bark trays, but is now available in food stores round the country every spring in prepacked in cardboard cartons. “Though it looks a bit unappetising, it tastes delicious and children love it, especially served with cream and sugar,”

The 'virvonta' history in the eastern part of the country did not include the children dressing up in any special way. Orthodox Church adherents find the notion of witches distributing the branches odd, as the chant and gift were originally meant as a blessing the children would bestow by sharing the church-annointed branches.

It was only once the tradition spread to the rest of Finland with the Karelian evacuees that the costume elements of the western observation of the holiday became mixed in.

The Finnish tradition is linked to pagan spring rituals found in all of the Nordic countries, where children dress as witches to dispel bad spirits ahead of the next growing season.