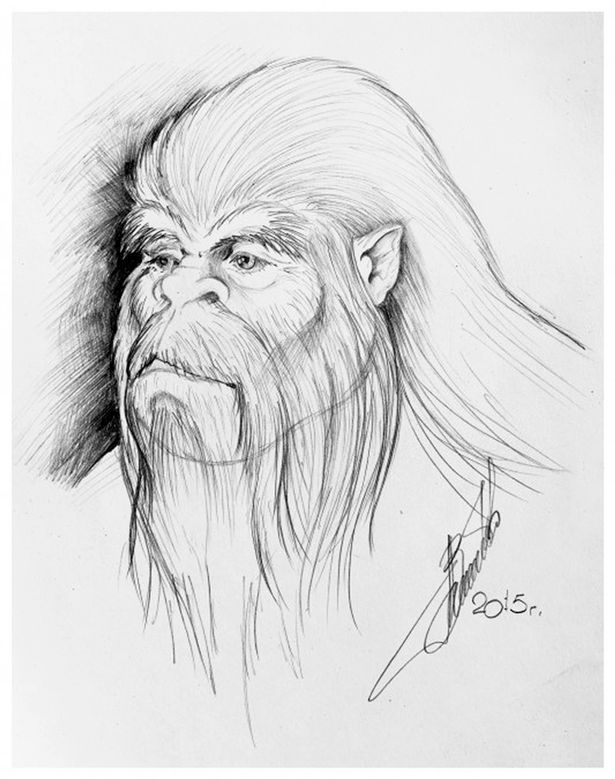 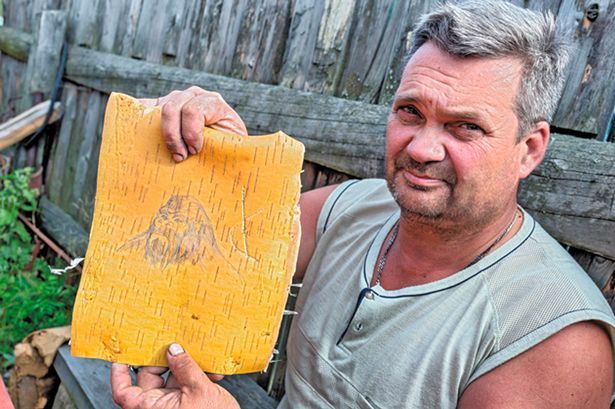 Posts:392 Threads:108 Joined:Jun 2013
A Russian man claims he met an abominable snowman and the mythical beast even posed for a picture with him.

Andrey Lyubchenko, who says the yeti even gave him an autograph, admits people may well think he's "insane" when he describes the brief encounter.

The artist says he met the fabled creature in the remote mountains of the Kemerovo region, in Russia.

"It happened so unexpectedly and fast that I had no time to get scared," he said.

"There was a clear feeling that this was a thinking creature, I felt he was trying to 'talk' to me.

"The Yeti was about two and a half metres tall, with thick dark brown hair like a bear's - but a lot softer.

"He was holding a wooden stick, with bits of hair wrapped around it.

"But the main thing was his eyes, they were just like light-coloured human eyes."

The alleged sighting was soon after dawn on July 27 in a remote spot in mountainous Kemerovo region, famed for claims that it has a Yeti population.

"I went out onto a small open patch, and there I felt the Yeti's presence," he was quoted as saying by The Siberian Times .

"I turned back and saw him standing up, deeper in the woods, not going away and trying to communicate."

The creature's body shape was male, and his feet were 18 inches long.

"His body was very toned, with lots of visible muscles," he said.

"His hands and feet were proportionate to his body, the same way as with humans.

"His face was expressive, too, just like his eyes. "

Mr Lyubchenko, respected for his work in Kemerovo, claimed he communicated with the giant creature.

"I can't describe or understand how we spoke, because - well because it sounds unbelievable," he said.

"It felt like we heard each other's thoughts, as if it was telepathy.

"There was only one word that the Yeti actually said when I asked his name.

"His voice was low and chesty, and the name sounded as if somebody hit a tambourine twice - 'Ta-ban'.'"

In the Shor language of Siberia this could mean "the one who wasn't discovered", claimed the artist.

He didn't have a phone with a camera, so he used a pencil to draw the beast on birch bark.

"I made a drawing of the Yeti and showed him.

"The Yeti studied it really carefully for a while, and then drew a symbol next to my drawing."

He did not know what the scribble meant but hoped it was a symbol of friendship.

He knew people would call him "insane".

"All I can say about myself is that I am as normal as one can find, I am physically and mentally healthy, I don't drink or take drugs," he said.

The artist is seen as a "reputable" person and is well-known locally, said 'Kuzbass 85' newspaper which first revealed the account.

Yeti sightings have dropped in recent years and this is believed to be the first claim in 2015.

Posts:30,353 Threads:1,497 Joined:Feb 2011
When I get up in the morning, yes. But when I get slicked up I look just like Alanis Morissette except that I'm 7' tall and have a couple of teeth missing.

Here's the promo poster from that gig...

How's October? I'm glad you like these stories. I do too. Seems though others can't take the seriousness in it. But seeings how it is wanted and liked, I'll bring other stories beyond the human comprehension. Just maybe a few extra brain cells can be produced. The Yeti is just a sub-link to Big Foot. All intelligent beings.

I can also see the resemblance.
Reply Quote
Free Store Show this Post

(11-10-2015, 03:40 AM)JayRodney Wrote:  Cynicalabsudance has a rather large very good Bigfoot thread as well, and there's a few great skunkape threads.

Yeah, Ive posted this on several forums. It's a goody. 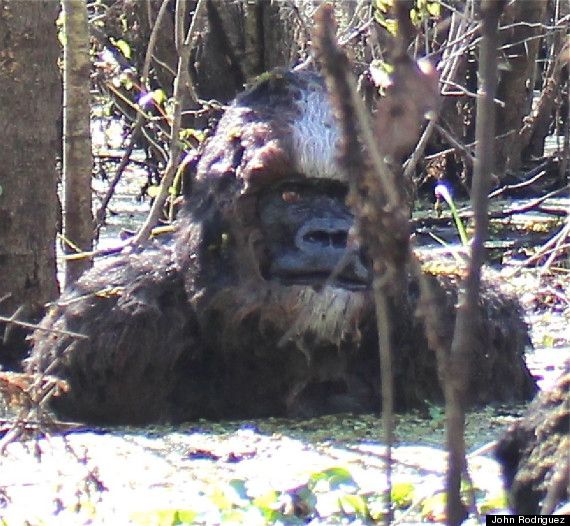