It wasn't Daryl or Glenn getting killed
Octo Show this Post

Norman Reedus and Steven Yeun turned out to be real life heroes after they stumbled across a car crash in Peachtree City, Atlanta, on Thursday.

Driving to the set of the hit AMC show, the pair suddenly became aware of the incident and jumped off their motorbikes to see how they could help. 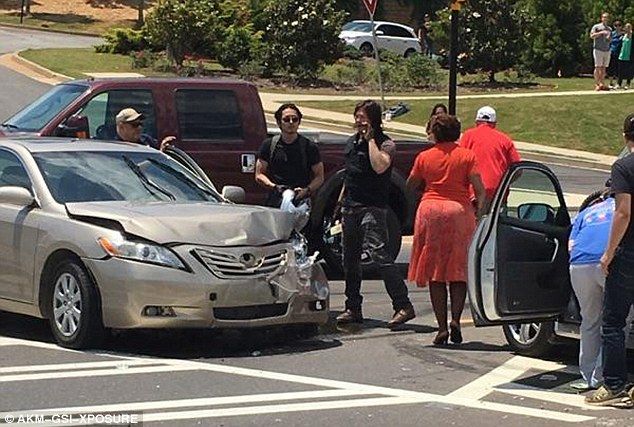 Posts:1,773 Threads:45 Joined:Mar 2011
<sigh> I'll be glad when the series continues. The 'Fear the Walking Dead' is a meagre replacement.
Reply Quote
Octo Show this Post

Posts:41,538 Threads:1,589 Joined:Feb 2011
Fear the Walking Dead is an American horror drama television series created by Robert Kirkman and Dave Erickson[1] that premiered on AMC on August 23, 2015.[2] It is a companion series and prequel to The Walking Dead,

Set initially in Los Angeles, California, the series follows a dysfunctional family composed of high school guidance counselor Madison Clark, her English teacher boyfriend Travis Manawa, her daughter Alicia, her drug-addicted son Nick, and Travis' son from a previous marriage, Chris, at the onset of the zombie apocalypse.[7][8] They must revamp themselves to survive, as they come to terms with the impending collapse of civilization.

What politics from both sides wants to teach us is that things are never complex. If you have your little package and something doesn't fit into that package, You don't know what to make of it so you want to dismiss it or then you will have to do the work of reconsidering your assumptions. - Michael Malice
Reply Quote
bohica Show this Post

Posts:1,587 Threads:211 Joined:Feb 2011
I'm very disappointed that so many of you watch TV.
I'll be rearrangeing some lists that I keep, and I'll be using a pen.
I'm in my seventh decade on Earth. I know things.

It's friggin' horrible. This high seas adventure is a little like that season of walking dead where they were hanging at Hershel's farm.

I must be out of the loop huh?
Look Up
Reply Quote
JayRodney Show this Post

I don't watch much TV either, I watch a few shows on nexflix, and read on line...allot of times I just have my head buried in a wiring diagram.
Look Up
Reply Quote