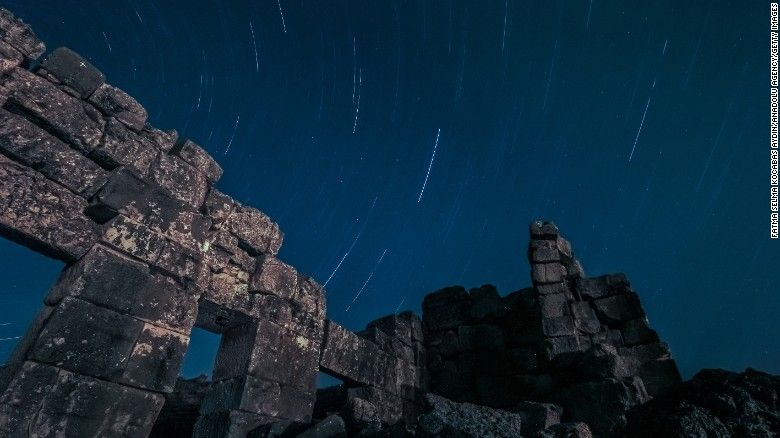 Look for spectacular shooting stars this week as the annual Lyrid meteor shower light up the nighttime sky.

Although the meteor shower started Thursday and goes through Saturday, the best times to view the shooting stars will be Wednesday into Thursday before dawn.

It's an especially good year to spot the Lyrids.

Posts:10,078 Threads:719 Joined:Oct 2012
Unfortunately every single one of the meteor showers that the media has pumped up for me to get interested enough to bother going outside to watch resulted in disappointments that never amounted to more than just a couple of "shooting stars" per minute and i do mean like only one or two every minute which i suppose is actually a good thing for hundreds and thousands of them would probably mean disaster because arent meteor showers the trailing along ancient pathway remnants of comets and asteroids that passed close by and may have slammed into earth within the past?!

Will look up tonight!