My Favorite Song By The Monkees
Ruby Wolf Show this Post

For me, the criteria for becoming a very favorite musical group of mine, is to have 10 or more songs that i really like and The Monkees have around 20 of them and although its a rather difficult choice, heres my favorite song by them and its called For Petes Sake, the closing credits theme song for the second season of their television show (*-*)

Quote: "After a well timed fist through the wall of a hotel suite and many fevered negotiations, music supervisor Don Kirschner was out and the band hit the studio by themselves"

"With the help of producer Chip Douglas, the band spent some time learning how to be a band and set about recording what turned out to be a dynamic, exciting and impressive album"

"Headquarters doesn't contain any of the group's biggest hits, but it does have some of their best songs, including Peter Tork's shining moment as a songwriter, "For Pete's Sake"


Yes this is actually The Monkees with Jimi Hendrix like wow (*=*) 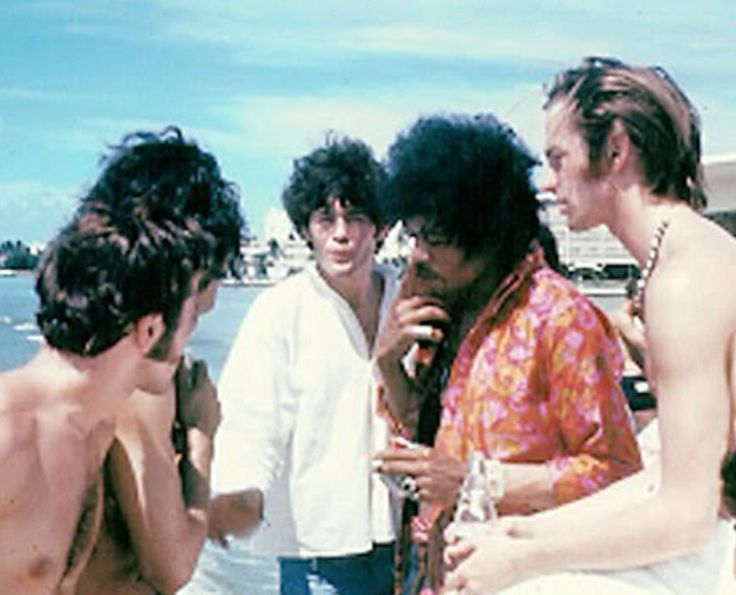 
Valleri - Hands down my favorite song from them. A surprisingly good band for back then, some of their songs still hold up... somehow.

What politics from both sides wants to teach us is that things are never complex. If you have your little package and something doesn't fit into that package, You don't know what to make of it so you want to dismiss it or then you will have to do the work of reconsidering your assumptions. - Michael Malice
Reply Quote
UniqueStranger Show this Post

Posts:30,353 Threads:1,497 Joined:Feb 2011
Jimi opened up for the Monkees a few times. A real odd pairing that didn't work very well according to sources.

Quote: In one of the strangest pairings in rock and roll history, The Jimi Hendrix Experience was the opening act for several cities during the 1967 U.S. summer tour.

Hendrix, a star in England but relatively unknown in his native United States, was trying to gain notoriety in America. As the New York Times noted in 2006, "The Monkees wanted respect, and Hendrix wanted publicity." With the goal of attaining a mainstream hit in the United States, the Experience agreed to join the tour.