Posts:10,078 Threads:719 Joined:Oct 2012
I think the world wide iridium layer thats proclaimed by the vast majority of scientists and archaeologists (who must adhere to currently enforced belief structures if they want to continue being funded and paid) as being caused by the yucatan asteroid that supposedly slammed into earth sixty five million years ago,was actually caused by ancient atomic wars that were fought on earth between atlantean age humans and invading aliens much more recently sometime before the last ice age and those prehistoric atomic wars may have actually killed off most of the dinosaurs not so long ago and also caused nuclear winter ice age glaciations as well as being responsible for most all of the strange out of place out of time artifacts that have been discovered and unearthed from all over the world again and again and then quickly hushed up and suppressed away from the mainstream medias limelight that blinds so many eyes and closes so many minds...

Ever see anything like this on the evening news? of course not! but lindsay lohan and charlie sheen are in the news every damn night and day!

Mislead the misled sheeple again and again from the day they're born till the day they die while keeping them as far away from the horrible truth as possible...

Human technology evolves and reaches an apogee of development and then we are viciously knocked down and violently hurled backwards again and again for at least hundreds of millions of years and tptb the royal bloodline elite from all over the world throughout history are more than well aware of that forbidden and frightening knowledge they continue to deny and never admit and they will never tell us anything about it... 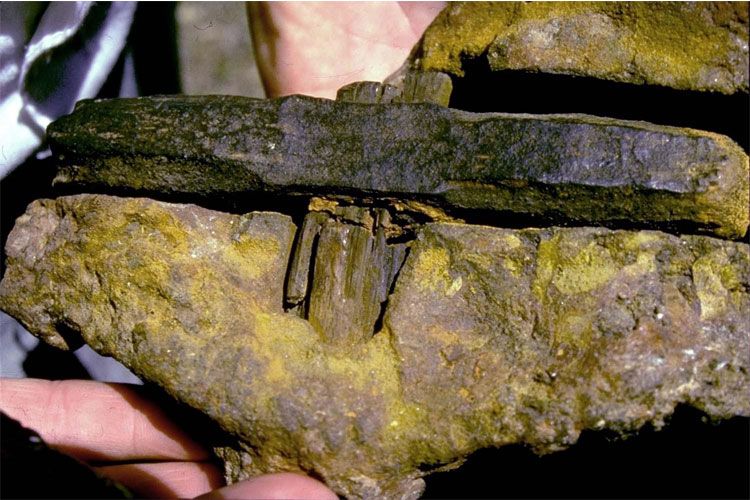 This is still being debated:

The origin of the glass is a controversial issue for the scientific community, with many evolving theories. Meteoritic origins for the glass were long suspected, and recent research linked the glass to impact features, such as zircon-breakdown, vaporized quartz and meteoritic metals, and to an impact crater.[2][3][4][5][6] Some geologists associate the glass not with impact melt ejecta, but with radiative melting from meteoric large aerial bursts. If that were the case, the glass would be analogous to trinitite, which is created from sand exposed to the thermal radiation of a nuclear explosion. The Libyan desert glass has been dated as having formed about 26 million years ago. It was knapped and used to make tools during the Pleistocene Era.

From the Hindu Mahabharata:

"Gurkha, flying a swift and powerful vimana (fast aircraft)hurled a single projectile (rocket)charged with the power of the Universe (nuclear device). An incandescent column ofsmoke andflame, as bright as ten thousand suns, rose with all its splendor.It was an unknown weapon, an iron thunderbolt, a gigantic messenger of death, which reducedto ashes the entire race of the Vrishnis and the Andhakas.The corpses were so burned as to be unrecognizable.Hair and nails fell out; Pottery brokewithout apparent cause,and the birds turned white. After a few hours all foodstuffs were infected...to escape from this fire the soldiers threw themselves in streams to wash themselves and theirequipment.""Dense arrows of flame, like a great shower, issued forth upon creation, encompassing the enemy.A thick gloom swiftly settled upon the Pandava hosts.All points of the compass were lost indarkness.Fierce wind began to blow upward, showering dust and gravel.Birds croaked madly... the very elements seemed disturbed.The earth shook, scorched by theterrible violent heat of this weapon.Elephants burst into flame and ran to and fro in a frenzy.over a vast area, other animals crumpled to the ground and died.From all points of thecompass the arrows of flame rained continuously and fiercely."
Dark as Light;
Reply Quote
Capt kwirk Show this Post

and thanks for posting it
it's a gif

This awseome link that i posted above and below is filled with massive amounts of evidence and proof for out of place out of time artifacts...

Which most likely and very frighteningly proves that humans evolved and arose to advanced levels of technology many times many millions of years ago and tens of thousands of years ago as well and then either self destructed and or were most annihilated by naturally occurring cyclic disasters,again and again and our recent and current nuclear arsenal of mega death shows all too clearly we are doing it to ourselves again,meaning they are doing it to us again,the royal bloodline elites and their slaves and thats exactly why they have atomic blast proof subterranean bunkers designed and built and ready and waiting for them,not for you and i...

The link and site above and below contains 73 pages!!! of out of place out of time artifacts and evidence that mainstream science and archaeology cannot explain and doesnt even bother trying to explain most of the time,because those strange and bizarre out of place out of time artifacts and evidence shatters the currently enforced belief structures of tptb they strictly adhere to and exposes those enforced beliefs for the blatant lies and deceptions they really are and one of many other mind blowing artifacts is revealed and explained on page 73 and everyone should read that and many other pages throughout this intensely eye and mind opening site...

Posts:281 Threads:18 Joined:Apr 2013
We are the Ancient Aliens. A very long time ago we came here from another planet circling another star.

Something went wrong with the ship. The drive had to be ejected. So we were stuck here. Some of the technology still worked, and from that you see the impossible ancient artifacts and evidence of nuclear war.

But we lost the ability to recreate the tech. Over time it failed as all machines do.

The population grew larger and larger. Eventually there had to be a divide between the people who knew the truth about the past and all the others. That is when religion and secret societies began.

Pehaps some of them still hold the secrets. But all you have to do is look at the symbolism of the most ancient civilizatiions to see it. They are all memories of our former home and how we go here.
Dark as Light;
Reply Quote
Ruby Wolf Show this Post

(04-23-2013, 07:50 PM)MichaelAlanKeith Wrote:  We are the Ancient Aliens. A very long time ago we came here from another planet circling another star.

Something went wrong with the ship. The drive had to be ejected. So we were stuck here. Some of the technology still worked, and from that you see the impossible ancient artifacts and evidence of nuclear war.

I think flying saucers are time machines being driven or remotely controlled by us from the distant future and or from the distant past and I also think the moon might be noahs ark,an ancient interstellar mothership death star battleship built in low orbit above a dying mars and some of the moons craters might be battle scars caused by ancient atomic wars fought between whoever was on earth and whoever was within the moonship when it arrived here and the asteroid belt could be the remains of an annihilated planet or moon that was destroyed during those ancient wars and is there any ancient astronomical evidence for a time when there was no moon to be seen in earths sky or was that shocking evidence hushed up and suppressed away from the government controlled mainstream medias limelight as usual?
Reply Quote
MichaelAlanKeith Show this Post

Posts:281 Threads:18 Joined:Apr 2013
Things like the theme of this fresco from Santorini pop up around the world. great people with globes over their heads are above the clouds and the people below are supporting them.

It is always interpreted as Gods. But why not simply Masters who had grown in space which would make them very tall?

Posts:30,289 Threads:1,495 Joined:Feb 2011
I honestly wonder how many times we've reached a very advanced level of technology only to blast ourselves back to the stone age with what we invented?
Looking at all the technological advances since the early 1900's, the one area in which we have really shined is figuring more effective ways to kill each other.
Give a bunch of waring chimps M-16's and grenades, what could possibly go wrong?

Posts:10,078 Threads:719 Joined:Oct 2012
Heres one example of many other mind blowing photographs shown and discussed on page 73 of this amazing link below >

Too big to be trees grown on earth,because after around 425 feet tall,earths gravity wont allow water to reach higher...

But these astoundingly masssive trees were much higher and vast and must have grown upon an earth that was very different than what it is for you and i here and now...

This might be the huge trunk of one of these massive petrified trees,but it might also be just a branch from one of these unimaginably gigantic trees!

I think I was able to fix the link to page 73 thats above the massive petrified tree photo and it should be accessible now...
Reply Quote
MichaelAlanKeith Show this Post

Many of the artifacts have been proven to be fake, or the owners refuse to allow them to be examined.

But not all of them....
Dark as Light;
Reply Quote
Ruby Wolf Show this Post

Many of the artifacts have been proven to be fake, or the owners refuse to allow them to be examined.

Theres an almost overwhelming 73 pages of out of place out of time evidence and artifacts that will not be shown on the evening news,but the socially accepted drug addicted whores lohan and sheen will be on the news all the time,which painfully shows where tptb want the sheeples minds to be and that gigantic petrified (turned to stone) tree trunk or tree branch is 120,000,000 years old and its from trees that grew to "impossible" heights upon an earth that was very different than it is now and from around that same time period are also found metal hammers and all types of other strange objects as well as modern human skeletons,when we are told to think and taught to believe that modern humans have only been walking around for about 200,000 years and forged metal for only about 10,000 years which is bull sh#t blatant lies and deceptions...
Reply Quote