A Russian rescue helicopter has been shot down by Syrian rebels while searching for pilots missing after Turkey downed a Russian jet.

The helicopter was forced to make an emergency landing in a government-held area in Syria's Latakia province.

A Syrian insurgent group, which uses U.S. Tow missiles, said its fighters hit the helicopter with an anti-tank missile.

Video footage has emerged online appearing to show the helicopter after it crashed in dense woodland.

Plumes of smoke can be seen coming from the aircraft.

Vladmir Putin earlier warned Turkey of "significant consequences" after the Russian plane was shot down.

This thanksgiving, I believe the Turkey may be fried. Served up with a side of extra crispy Syrian "moderates."
Thanks for the missiles US. I do believe WWIII just started.

Yes, Russia would have sent the army, navy and the smithereens in here.

Putin overdosed on his testosterone replacement treatments and decided to go against the US because his panties were still in a twist over our meddling in Ukraine. (Come on. You know he wears panties. How could someone so cought up in looking macho NOT wear ladies under garments?) He decided the best course of action would be to support Assad. That made him one of the bad guys in that area. Unfortunately for him, the REAL bad guys didn't give two fucks about him and his petty interests and blew up one of his planes. Ever the buffed up antagonist bully he decided to go after ISIS not realizing he was still considered the bad guy in Syria. In his pumped up ignorance he thought he could do what he wanted and ignored warnings not to fly in Turkish airspace. He lost another aircraft. This time a pricey jet fighter. HEY! NO FAIR! Never being the one to admit mistakes he sends in a rescue chopper and IT gets shot down by the people he was attacking in the first place!

All we need is to get Leslie Nielson on board and the movie is already written!

What politics from both sides wants to teach us is that things are never complex. If you have your little package and something doesn't fit into that package, You don't know what to make of it so you want to dismiss it or then you will have to do the work of reconsidering your assumptions. - Michael Malice
Reply Quote
JayRodney Show this Post

Quote:A Syrian insurgent group, which receives US Tow missiles, said its fighters hit the helicopter with an anti-tank missile while it was in the air and put out a video showing the helicopter being blown up after one of its fighters struck it with another missile.

Russia’s operation in Syria will continue despite the downing of a Russian fighter jet by the Turkish air force, the Kremlin spokesman Dmitry Peskov has said. Meanwhile, a US official has said that initial indications are that the Russian incursion into Turkish airspace lasted a matter of seconds. 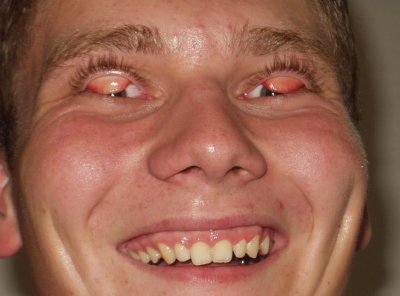 I doubt Putin ever thought there wouldn't be casualties.

Can't get the link to work, but LiveLeak says

"An official Russian News stated after the warplane crash in Syrian
border with Turkey, Vladimir Putin has convened Turkish ambassador
Mr. Umit Yardim announcing that Turkish embassy should be closed
as from now and they have 24h to leave Russia."

Saw that link being thrown around yesterday, but did not post as RT nor lamestream media said anything about that.

With all due respect, Octo...I still think the "Russian airspace violations" have
more to do with the (military) Open Skies Treaty and the MSM's need
for cheap anti-Putin propaganda.
Reply Quote