We are ready for the truth and they are aware the majority can easily handle it.
Seriously, the notion of being the only (somewhat) sentient life forms in the universe is a far scarier prospect than sharing it with many other similar life forms.
It's the tech that bugs me.The ones using tech to get here can't be far from us as we are using that and call it development.
The only true development comes spiritually. Those are the societies I would hope would one day contact us.
We could actually learn something besides faster computers and updated torsion based plasma EM drives.

Advanced goal practice for the F-18's..?

Article states they are trying out some pretty sophisticated radar shit.
And our area is within boundaries mentioned.

I don't know what the fekking hell they could have that would act and look like this. It wasn't flares and a drone would have to be ginormous to carry lights like that

I tried to debunk them myself before posting about it here.
Reply Quote
Accidental Stoner Show this Post

Posts:8,641 Threads:80 Joined:Feb 2011
Well...the Ilmavoimat have been known in the past not to always actually
follow the publicly announced time frame.

And the stuff they're dealing with...

Sure looks like cutting edge VR to me - can only imagine the tech involved
in the 'Look Down Shoot Down' system and target practice gear.

Hope those lights reappear, so somebody can snap a photo or twelve!

What if that is what the much talked about "dimensions" are:
Maybe every advanced (human level) planet is alone.

The more they see, is the more there is to them - but it looks
the same from every point in each respective existential "dimension":

Big Everything must speed away in all directions at enormous
velocity - new quantum field potential falling out into new function
- because consciousness is watching.

Haha, yeah...I intuit, that the core of Existence is Paradox.
Wouldn't surprise me at all, if the real aliens remain a physical no-show.
Right now, I'd say Project bloody BlueBeam seems more likely.
(Basically though, I just wanna see da show already!

Civilizations advanced enough to break the consciousness barrier
and travel other dimensions will not appear in "space ships", would
be my humble guess.

Just wait until they issue the personal 13" Hadron C laptops

Yes, I am very interested in the so called truth.
(So far only whence nothing expected in return, as far as humans go.)
Almost as much as I'm into sex, drugs & rock'n'roll

I could be absolutely dead wrong about all this too, of course.

(10-08-2015, 06:03 PM)Accidental Stoner Wrote:  Well...the Ilmavoimat have been known in the past not to always actually
follow the publicly announced time frame.

And the stuff they're dealing with...

Sure looks like cutting edge VR to me - can only imagine the tech involved
in the 'Look Down Shoot Down' system and target practice gear.

Hope those lights reappear, so somebody can snap a photo or twelve!

We have photos and video. Sadly it was taken when it was further away, so it's inconclusive. However it clearly shows it pop in and out of existence.
Not worth posting, looks like everybody's anticlimactic UFO vid.
If only we had the cam rolling when it was close *sigh*

The pic I photoshopped looks like what we saw. 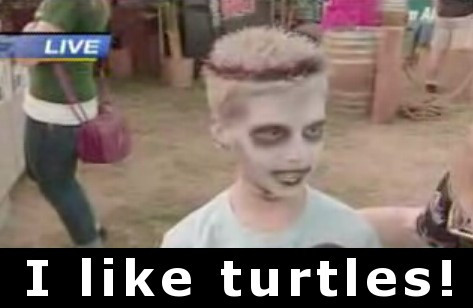 What politics from both sides wants to teach us is that things are never complex. If you have your little package and something doesn't fit into that package, You don't know what to make of it so you want to dismiss it or then you will have to do the work of reconsidering your assumptions. - Michael Malice
Reply Quote
JayRodney Show this Post

just saw a "satellite" do a u-turn and stop.

then it just stayed there.
Reply Quote
Cynicalabsurdance Show this Post

So i have a point to pass .

I have got a serious belief , That a crap bucket full of us ,,,

would not be here right now .

can they go back in time and change an event or two ?

are there some here now changing a current event ?

perhaps a show of bigger Tech , puts the Bully on his ass .

perhaps The Bully needs to be sat down

and what you've seen , is a show of a greater force to tell
the bullies

sit down clown , be careful of what you do with your toys ,,,

cause we got bigger toys

and Karma's a bitch
Reply Quote
Octo Show this Post

Posts:41,552 Threads:1,590 Joined:Feb 2011
I have to add that I truly try to find any logical explanation to explain what I'm seeing. Especially after seeing this at first amazing silver object up at the cabin in the middle of nowhere.

This was a few years back, me and JR and my parents were sitting on the porch enjoying our morning coffee one beautiful sunny morning, when this silver object comes floating through the air, It was difficult to determine its size against the blue sky, but when it descended and landed in front of the trees some 200 meters away we realized it's not very big and upon investigating the crash site we find a broken pony mylar balloon.

I think : Cool , looks like their after one of those people
a half mile ahead of me ,,

I think : Cool , I'm not their target

it then cruises straight at me and stops above me .

snatched me right up into it .

sorry man , but shit happens , and we don't have to believe it to
see it
Reply Quote
Cynicalabsurdance Show this Post


Hint : It was not any Earthlings or Earth Agency , that tied his hands .

real fact is , he came to visit me while in L.A. and running his
democratic party outfit .

straight up fact , he was told about me and several other children and to have contact with them and ask us questions .

interesting that Hunt , Ford and friends were all with Nixon at
the whitehouse

interesting that americans give not a fuck to make the connections .
Reply Quote