The Illusion of Partisan Politics: All this Talk of Default, is Just That IMO... TALK
JayRodney Show this Post

Posts:30,268 Threads:1,493 Joined:Feb 2011
On Thursday budget negotiators are scheduled to return to the White House after the president said "enough is enough" on debt talks Wednesday, emphasizing congressional leaders get on the same page by the end of the week.

If the past is any indicator in the outcome of all this they will most certainly come to a last minute deal.

It's imperative to both sides wallets and political interests they don't let the Federal Government shut down for one second.

The press will report the tension and how Obama was so angry he had little white balls of spit in the corners of his mouth or something of human interest, but "by a miracle" both sides came to an agreement at the last minute.

This agreement will, in all likelihood, not be in the best interests of the American people, but this little show we're being forced to watch is interesting is it not? In the end this may well be a perfect ballet of more money for war, less for social services, higher taxes on the poor and middle class.

Sure I may be wrong, however that's the way I see this panning out.

Quote:Obama said: "This process is confirming what the American people think is the worst about Washington: that everyone is more interested in posturing, political positioning, and protecting their base, than in resolving real problems."

Cantor, speaking to reporters after the meeting, said that the president "abruptly" walked off after offering his scolding.

"I know why he lost his temper. He's frustrated. We're all frustrated," the Virginia Republican said.


Read more of this battle of wits between unarmed men at huffingtonpost.com 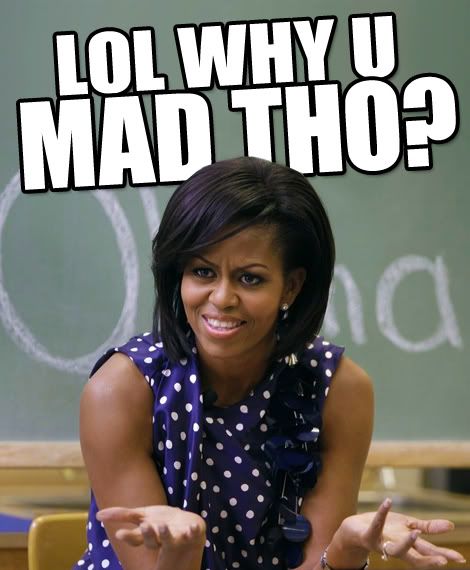 I was just reading that, about BO walking out of that meeting. Did you watch that vid I posted? Unfuckinreal, he basically says Americans are too stupid to understand economics, so just go home and don't pretend to

Yes I watched it.

It's vote of no confidence for the American people.

Hope everybody remembers this in 2012.

When his majesty is off the teleprompter, one can see what he's really about.