Uber Damn Happy about it too .

all I had to damn do
was clean the damn Air Induction Valve with two squirts of Carb Cleaner .

I be one Damn Happy Uber Bear this damn day

I pissed em off , the put mics in my vehicles , I just bought a Big Ford Van , I caught
the Worm installing a Mic in it .

while it was in there , I'd say crazy crap to them ,,, like : Good Morning Mr. Microphone ,,
shall I say sh_t that pisses you off ?

well , if you want to know where I'm heading this Morning , I'm off to the Junk yard ,,,

oh look , down the street ! there you guys are ,, better get that engine started ,,,
Ya gotta hurry ,,, cause this Racist Bastard is leaving ..


True story man , they also have their harassment squad ,, all druggies ,, beating the shit out of my vehicles .

so in a Few Minutes ,, I expect a crew of Worms to get to work banging dents in the truck .

so I posted a Photo of it so they don't crunch some other guys truck in mistake .

I'm just that Cool ,,, protect others while I'm the Target .

I call their Team : " The Worms "
Reply Quote
Cynicalabsurdance Show this Post

Posts:747 Threads:45 Joined:Aug 2013
That's one hell of a good deal on that if it runs good.
Reply Quote
Cynicalabsurdance Show this Post

ok
To explain the Worms

Just so ya'all understand when I post what seems like crazy sh_t ,
We have Civilian Harassment squads in the U.S.A.

I just happen to be one of their Targets .

watched a few of them Die in Accidents ,,
Watched , as in , right in front of me .

oh well , as stated , they're Stalkers , if they meet up with accidents ,
I can't feel sorry for them .
Reply Quote
Cynicalabsurdance Show this Post

Live from the Damn streets of Portland ,,,

I so Damn Proud of my Damn Gleaning A$$ .
Reply Quote
Octo Show this Post

Live from the Damn streets of Portland ,,,

I so Damn Proud of my Damn Gleaning A$$ .

But ,,, I am taking off back to Damned Monterey Calif . in a couple Damn days ,,, dammit .

...and you call us the weird guys

Gonna have to google black bass...only know of the ordinary standard Finnish bass: but your American ones don't look quite like that, huh?

Ours come in 2 different variants, lake and sea...not sure they are considered different spieces, even

Mmmmmhhhh...they the bestest fish in the world when you smoke'em... 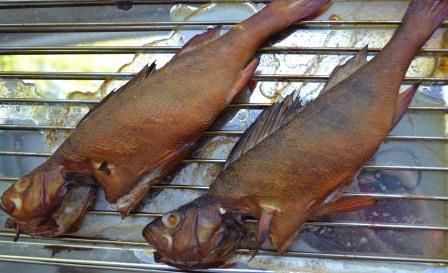