Under The Big Black Sun
Ruby Wolf Show this Post

Quote: X's first album issued on a major label, 1982's Under the Big Black Sun, is arguably their finest record. All 11 songs are exceptional, from both a performance and compositional point of view. Ray Manzarek's production is more akin to hard rock bands than their earlier punk works, but the songs still pack quite a punch.

Before the recording of the album, singer Exene Cervenka's sister was killed by a drunk driver, and the band decided to work out their grief in the music, as evidenced by two of the album's best tracks: the melodic "Riding With Mary" and the vintage '50s sound of "Come Back to Me."

The highlights don't stop there, however; also included are the Led Zeppelin-esque "The Hungry Wolf" (an early video favorite of MTV), the accelerating "Motel Room in My Bed," the rocker "Blue Spark," the spacious title track, and the album closer "The Have Nots."

Again, Cervenka and John Doe supply some great vocal harmonies (perhaps the only punk band to ever do so), while Billy Zoom shows off great rockabilly chops throughout. Under the Big Black Sun is one of the quintessential rock records from the '80s. 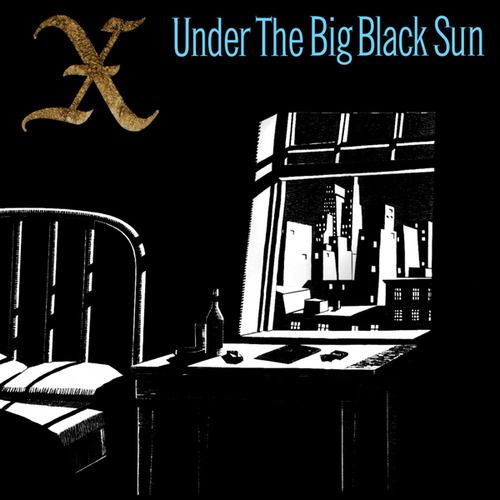