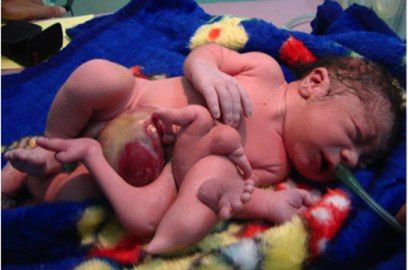 The United States may be finished dropping bombs on Iraq, but Iraqi bodies will be dealing with the consequences for generations to come in the form of birth defects, mysterious illnesses and skyrocketing cancer rates.

Al Jazeera’s Dahr Jamail reports that contamination from U.S. weapons, particularly Depleted Uranium (DU) munitions, has led to an Iraqi health crisis of epic proportions. “[C]hildren being born with two heads, children born with only one eye, multiple tumours, disfiguring facial and body deformities, and complex nervous system problems,” are just some of the congenital birth defects being linked to military-related pollution.

In certain Iraqi cities, the health consequences are significantly worse than those seen in the aftermath of the atomic bombing of Japan at the end of WWII. 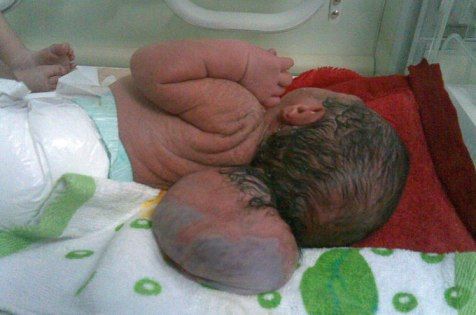 The highest rates are in the city of Fallujah, which underwent two massive US bombing campaigns in 2004. Though the U.S. initially denied it, officials later admitted using white phosphorous. In addition, U.S. and British forces unleashed an estimated 2,000 tons of depleted uranium ammunitions in populated Iraqi cities in 2003.

DU, a chemically toxic heavy metal produced in nuclear waste, is used in weapons due to its ability to pierce through armor. That’s why the US and UK were among a handful of nations (France and Israel) who in December refused to sign an international agreement to limit its use, insisting DU is not harmful, science be damned. Meanwhile, the Pentagon’s refusal to release details about where DU munitions were fired has made it difficult to clean up.

Today, 14.7 percent of Fallujah’s babies are born with a birth defect, 14 times the documented rate in Hiroshima and Nagasaki. Fallujah’s babies have also experienced heart defects 13 times the European rate and nervous system defects 33 times that of Europe. That comes on top of a 12-fold rise in childhood cancer rates since 2004. Furthermore, the male-to-female birth ratio is now 86 boys for every 100 girls, indicating genetic damage that affects males more than females.