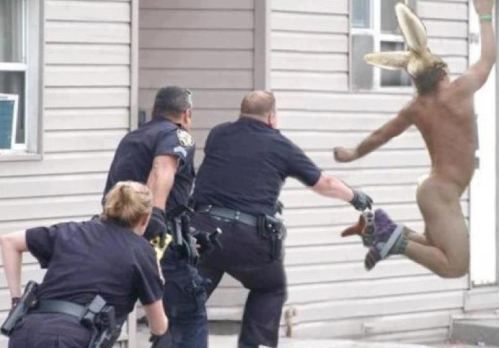 Correctional Officers were shocked yesterday when Peter Rabbit escaped the secret CIA prison where he was held on charges of conspiring to hide eggs.
According to officers "We let him out in the yard to get some sunshine and fresh air when suddenly he hopped away yelling don't drone me bro!" Officers gave pursuit to no avail saying "Ever try to catch a rabbit when he's hopping away at full speed?" Another official who spoke on the condition of anonymity said "duh" of the incident. 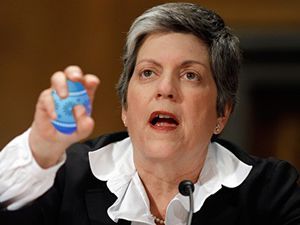 DHS Janet Napolitono quoted as saying: "If this bunny is successfully hiding eggs, who knows what else he's hiding. Grenades, Terrorist manuals, marshmallow chicks, or maybe he hides those eggs because of the stigma associated with f#@cking chickens."

Here he is again, taunting the LEOs. 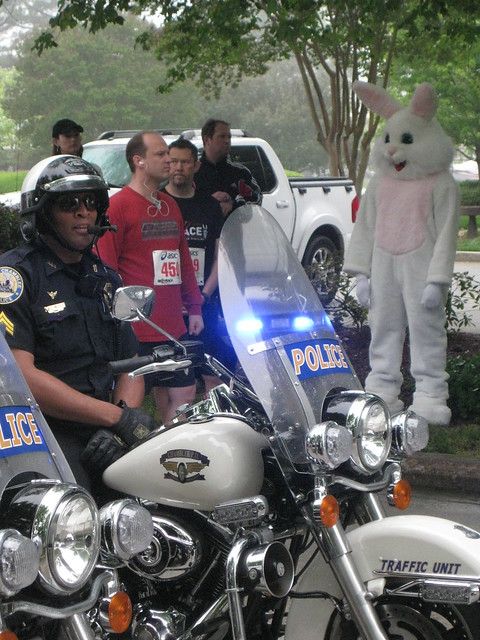 I am gonna dye eggs today

We dyed ours white.

Bleach as egg dye... lol you guys really go all out for Easter.
Reply Quote
Octo Show this Post

thanks for that helpful hint Octo I ran out of vinegar


It is the mark of an educated mind to be able to entertain a thought without accepting it.
Aristotle