We have a Wolf Problem. UPDATE! 2 wolves down
Octo Show this Post

This guy with credentials and experience writing about a dog wolf breeding program out of Russia. This wolf and dog researcher, Bologov, has according to some French documentary admitted to releasing 96 hybrid wolves in Russian Karelia. That's right on the Finnish border. His work is funded by German nature organizations among others.

Apparently large dogs and female wolves in heat are able to mate under controlled forms. Wild wolves don't mate in captivity. Hybrid offspring is accepted by "pure" wolves as mating partners. This guy wants to see how these hybrids behave in the wild.

Apparently they used Wolf / German Shepard hybrids for border control in the Soviet days, so called border dogs, before electronic surveillance came into being. That particular hybrid is very alert and doesn't bark making it ideal for border patrol duty...

Ok, so our local news is behind a paywall so I will not provide a link, but I'll keep you updated.
Reply Quote
Meh Show this Post

So these were dog-wolf hybrids? Am I getting this right?
Reply Quote
Octo Show this Post

This guy in the article says there aren't any other than hybrid wolves in Finland, a claim that would have great implications if proven true as according to the Bern Convention that Finland signed such hybrids should be terminated.

Apparently evidence has been destroyed by police in previous cases. The plot thickens... 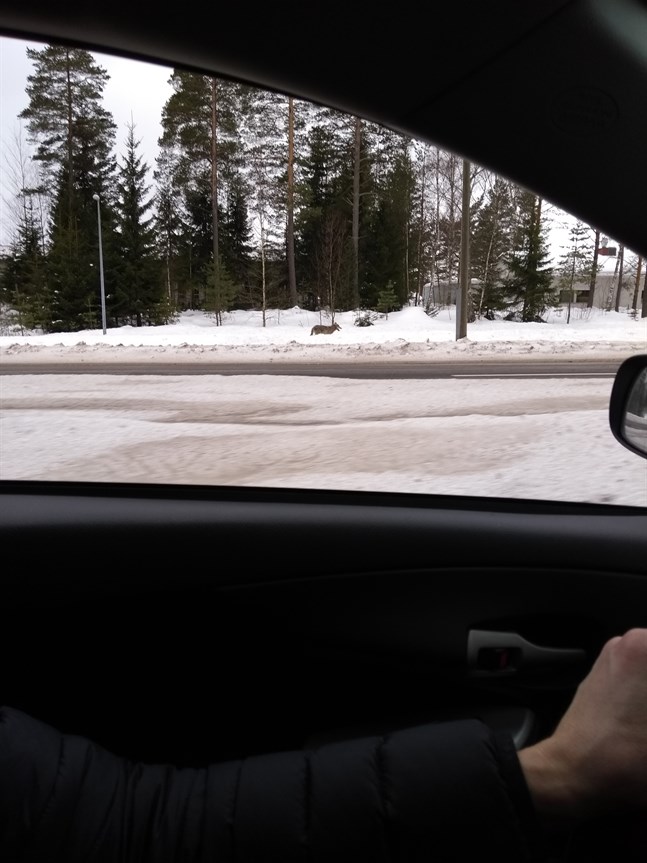 That's at Killingholmen no less

Posts:41,652 Threads:1,593 Joined:Feb 2011
They also shot one of the wolves here in town today. A female.
Reply Quote
Cynicalabsurdance Show this Post

me and puppies got this thing going on .

squirrels too , squirrels love me too ..

what a Wolf
Reply Quote
-NIGHTMARE- Show this Post

Quote:Apparently they used Wolf / German Shepard hybrids for border control in the Soviet days, so called border dogs, before electronic surveillance came into being. That particular hybrid is very alert and doesn't bark making it ideal for border patrol duty...

Trained one will stay silent if told to stay quiet

If danger is visible & up close they snarl like a wolf

Their howling is like a wolf..very similar in sound

Posts:30,350 Threads:1,497 Joined:Feb 2011
I was unaware the German Shepherd was an intentionally-bred wolf dog.
I've never owned one, but the ones I've been around have been pretty chillin' and sociable.
If the origins are proven true, this is a real game changer - I guess it's time to start walking around with rifle.

Posts:1,297 Threads:12 Joined:Aug 2012
My dad bred/raised/trained/sold/documented papered german shepherd dogs
Was a hobby to him & they Always sold fast(at a high price).
Been around them most of my life
One word suffices to express them:
Unpredictable
' Welcome to My Nightmare '
Reply Quote
Strigoi Show this Post

This guy in the article says there aren't any other than hybrid wolves in Finland, a claim that would have great implications if proven true as according to the Bern Convention that Finland signed such hybrids should be terminated.

Apparently evidence has been destroyed by police in previous cases. The plot thickens...

That's at Killingholmen no less

There is a place there called Killingholmen?

Posts:15,873 Threads:483 Joined:Jun 2012
I found a 2015 map of where wolf packs were located in various regions of Finland. If these packs follow their prey across vast regions, then I we need to look at not only their prey's migratory behaviour but how man's activities/behaviour plays a part.

1.1.3
Predation in a multi-prey, multi-predator, heterogeneous, and anthropogenic landscape Predation is a complex process, and we cannot study predation without taking into account other processes that may interact with it. A food web usually consists of multiple prey and predator species at different trophic levels, some of them generalists, others specialists. Even within the same species, there can be individual or age - and sex-specific variation in predatory and anti-predator behaviour and therefore, simple one - predator - one - prey models are often too simplistic.

Intraguild prey and predators interact in complex, intra- and interspecific processes that may change with resource productivity and along other environmental gradients.

Contrary to experimental settings, natural environments are heterogeneous. Prey vulnerability and the risk of predation may both vary, depending on the type of habitat the degree of habitat fragmentation, and the form and size of habitat patches. In a review on predation and habitat heterogeneity the authors emphasize the need to analyze the different stages of predation (search, encounter, kill, and consume prey), and to work at multiple spatial scales, to understand the effect of habitat on predator - prey dynamics. The most pronounced habitat changes during the past centuries are man - made. Habitat loss, fragmentation by roads and power lines, habitat deterioration and enrichment can all affect predator and have triggered a broad set of conservation - oriented studies. The classical edge - effect studies, for example, look at kill - or predation rates along a spatial gradient across edge habitats. The results of these studies are, however, inconsistent.

Not only do humans change habitat, we also impact predator - prey dynamics directly by 1) manipulating both predator and prey population numbers, legally or illegally 2) changing geographic distributions with local extirpation and introduction of predator and prey species and 3) performing selective harvesting of individuals with specific traits

So, JR & Octo, if you two are living in an ever-decreasing landscape where prey animals are being forced/pushed into, then you can expect the predators to follow. So, as another members here suggested to carry a rifle at all times is a good idea.
Reply Quote
Octo Show this Post 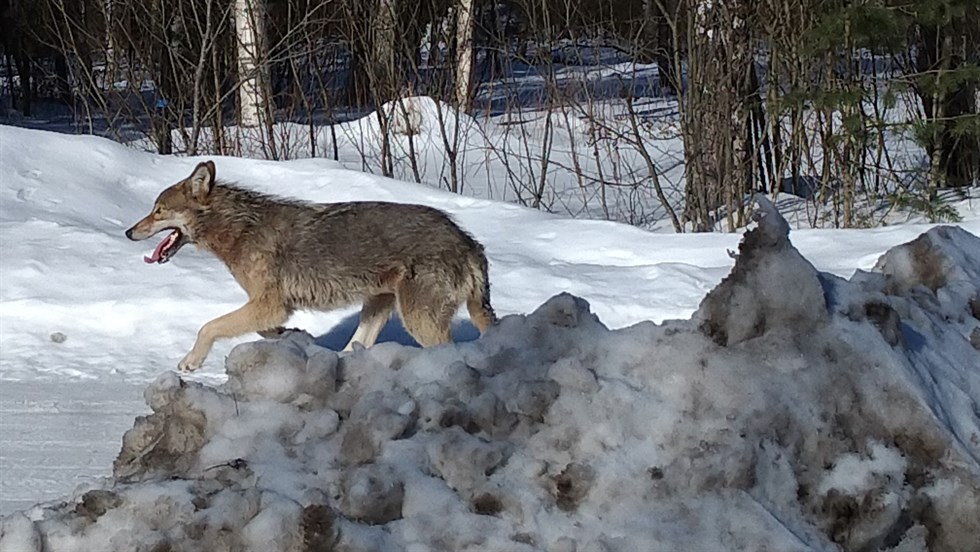 Quote:Wolves prefer to eat large mammals such as moose, deer, and caribou but they also eat birds, fish, mice, snowshoe hares, beavers, and muskrats. Wolves usually hunt in packs but in the spring and summer when there is plenty of prey available they hunt alone