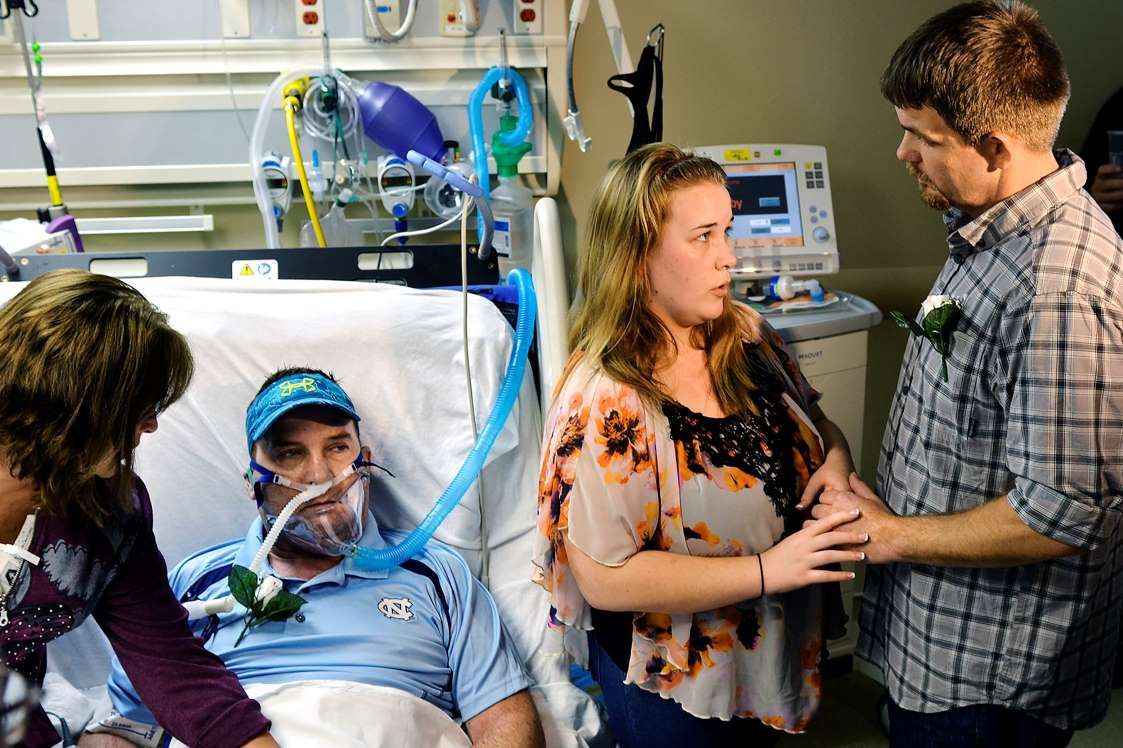 A North Carolina woman decided to hold her wedding in a hospital room so her terminally ill father could be a part of her big day.

Kaila Kirby, planned to tie the knot in July, but after her father's pulmonary fibrosis took a turn for the worse, she decided to improvise, the Charlotte Observer reported.

“[I] just kind of wanted my Dad to give me away on my wedding day,” Kalia Kirby told WBTV.

On Wednesday morning, Kaila Kirby and her fiancé Daniel Pardue stood beside Jubal Kirby’s hospital bed at the Carolinas Medical Center in Charlotte, N.C., and said their vows.

With only a few hours to prepare, hospital staff pulled together $45 in donations and bought fresh flowers and cake to celebrate the wedding, the Observer reported.

About 50 friends and relatives surrounded the couple as they tied the knot, according to the newspaper.

Jubal Kirby and Colleen were together for 26 years but did not decide to get married until it became clear how ill he was, according to the Observer.

“He said he wanted to make an honest woman out of her,” Kaila’s older sister, Jessica Harrison, told the Observer.

I think it was a very sweet thing to do.
Reply Quote
JayRodney Show this Post

Posts:15,909 Threads:486 Joined:Jun 2012
I am not sure why he thought marrying her would make her honest? Now I am wondering what her dad thinks of him.
Reply Quote
Free Store Show this Post

Posts:392 Threads:108 Joined:Jun 2013
His last testament to his/hers daughter .I can understand that.

Posts:392 Threads:108 Joined:Jun 2013
I like a strong woman. Money is secondary. Rising to the occasion is golden.

God forbid something would ever happen to Octo, but if I had to do it again, I'd search for that rare combo of money and coma.