Posts:4,837 Threads:1,097 Joined:Jul 2012
A House stenographer was hospitalized for evaluation after being dragged off the chamber floor late Wednesday night as the House voted to end the government shutdown and raise the debt ceiling.

Identified as Dianne Reidy, the stenographer somehow made it all the way to the clerk’s podium at the top of the chamber's dais, where the president delivers the State of the Union address.


Once there, Reidy rambled, yelling, “praise be to God” and speaking of the Free Masons and not being able to serve two masters.

Others can be heard on the audio encouraging her to stop.

The woman was tall, had blond hair and appeared to be wearing a grey suit. C-SPAN posted video of the incident.

Sounds like a classic case of long walk off short pier to me. 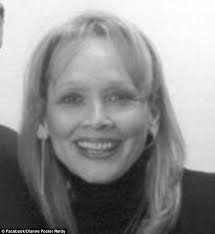 To some extent this is a cultural problem. She may have had these views for some time. But since she is tall blonde and kind of hot, people who heard her spout nonsense just kind of shrugged their shoulders and made sure her transcripts were accurate..

The comments on the news sites are disturbing, a typical comment:


Quote:We must have real reporter interviews with Dianne Reidy before the goons at the 'mental hospital' lobotomize her chemically...or actually.

Her life and her sanity are in danger. She knows things that we won't be allowed to hear from her.

From abundant evidence in the news site comment sections, this free mason thing is a common delusion. I would assume that she is on antidepressants. Her actions could have resulted from some of the common SSRI side effects. At least the metal detectors kept her from bringing a gun in.
Reply Quote
Anonymous Kritter Show this Post