The Chinese government said Saturday that it had the right to identify, monitor and possibly take military action against aircraft that enter the area, which includes sea and islands also claimed by Japan. The claim threatens to escalate an already tense dispute over some of the maritime territory.

American officials said the pair of B-52s carried out a mission that had been planned long in advance of the Chinese announcement last weekend, and that the United States military would continue to assert its right to fly through what it regards as international airspace.

Pentagon officials said the two bombers made a round-trip flight from Guam, passing through a zone that covers sea and islands that are the subject of a sovereignty dispute between Japan and China.

Officials said there had been no Chinese response to the bomber run.

The Obama administration has become increasingly worried by the tense standoff over the islands, which could drag the United States into a conflict. By treaty, the United States is obligated to defend Japan
"when life gives you lemons..throw them at someone"...Grumpy Cat

Posts:41,507 Threads:1,589 Joined:Feb 2011
What better way to bring excitement into a shitty Tuesday than to get involved in a border dispute in Asia. 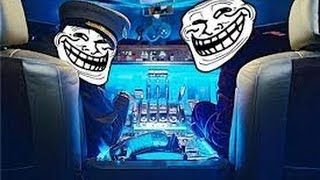 Posts:30,268 Threads:1,493 Joined:Feb 2011
China has gone to some very aggressive defense/borderline offense posturing lately. The Dragon seems to be on the move.

Quote:The Chinese government said Saturday that it had the right to identify, monitor and possibly take military action against aircraft that enter the area


And a matter of days later the US flies through the disputed territory.

if that's not a FU I don't know what is.

eta, this comes close on the heels of China announcing they would no longer stockpiles US$.
Reply Quote
Ruby Wolf Show this Post

Posts:10,078 Threads:719 Joined:Oct 2012
Are the Chinese military and governmental elites afraid that someone will see and photograph and media-rize their evil slave labor death camps where most of what we buy is contracted out by greedy western CEOs to be forcibly manufactured within?!
Reply Quote
Octo Show this Post

Tokyo and Seoul sent its aircraft into the disputed areas following a similar flight on Monday by two unarmed American B-52 bombers. Neither country informed the Chinese of their plans beforehand, stressing their defiance of Beijing’s claim over the airspace.