Forum
‎
Forums
kritterbox
General Discussion
What to Do With All...

What to Do With All of These Useless People? 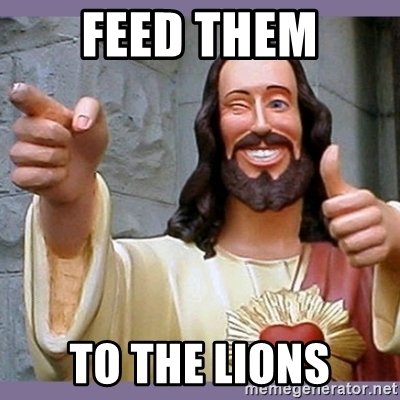 if ya didn't know already,,, Planet Earth is where other Worlds have deposited their Useless People.

You are stuck with 'em. get rid of a few, and more will show up.

What exactly did people think all those UFO's were coming here for?

Earth is a Dump Site for the Universe.

Oh, so we're like Australia of the Universe. Or maybe just of the Milky Way

Well,,, yeah, but more like a Leper Colony than Australia.

where they are put on display like Zoo Animals.

Those Craft collect the Souls of Defunct People as they die on other Worlds,,,

They bring them here, and disperse them into Earth Human Wombs after Conception.

It's a Kindness thing ya see, those souls are given this World to F__k-up   ,,, or,,, those Souls would be out in Limbo Darkness

just wandering around alone, seeking something to Vandalize and destroy.

Here on Earth, they have each other attack, and a Physical Plane to do it on.

I mean, no other World has Wars,,, Zilch, none of them create destruction and blame it on the victim.

and as you mentioned, GB sent undesirables to Aussy Land,,, and Lepers were sent to their own Island,,,

so,, if we reflect, those Aliens may have gave Earth Humans the idea to isolate defunct People

way back in time,

or as the title says: Useless People

So yeah, The Earth is a Dumping ground for defunct souls from a bunch of other Worlds.

Oh, so we're like Australia of the Universe. Or maybe just of the Milky Way

I love it when the claws come out.

but it is a cool twist on the UFO Genre.

Like, say all those small tic tac ufos are actually like drums full of souls being sent down from a Mother Ship.

and released, those Souls inhabit people and take over their Minds.

is the result of that.

ya know, it almost makes enough sense to be considered a possible explanation for all the sudden changes to Crazy from sane

that is going on now.

the movie can begin with "Guardian Ships" that protected Earthlings from evil Aliens,

Leaving after they give up on Earthlings evolving to a higher consciousness level,,, and civilization ,,,, the guardians leave

and the Bad Aliens take the opportunity to seed evil souls into humans here.

all the stuff we see now, that never used to happen very often,,, like Evil is invading people

Yepper, could be real ya know.

it's as good a guess at why UFO's are coming here as any other theory.

it's also a reverse of most theories, which is cool,,, a far out thought on a far out subject, from my far out mind.

UFO sightings have changed from the Saucer Type, to cigar, triangle, tic tac and Orb.

what if these Watchers were helping us to evolve a little along the way, to a higher consciousness,,, and it wasn't taking hold

what if, they really did just decide to give up on us, let it go, and move on to another world with much better possibilities at

lifting those people in that World to a Higher level than here?

What if,,,,,,, we've been test subjects for Eons and we just couldn't achieve greater test results

by the Time limit allotted for us to pass the test and move up the rung to a higher level.

what if the Watchers just said to the evil aliens about us: "Pffffft,,, they're a waste of time, they'll never stop their evil deeds they commit against

themselves,,,, you can have them"

you know what I mean,,, kinda like we are a Feral Cat so ingrained in being wild and out of control, and cannot be domesticated,

that ya just give up and let the Wilderness reclaim the wild cat.

What if certain elite Earthlings in positions of authority and officialdom, are all owned/possessed  by the Evil Aliens,

and they perform for those Aliens to bring total chaos over the Globe?

EEEeeeewwwwwwww,,,,, we just might have another Disney Script in this.

ok,,,, time for a snack,,, all this writing takes my energy. Snack Time!

Nobody is useless, only one's mind thinking that...let's move on to a better future with acceptance and love. If not, then check yourself all over the place.